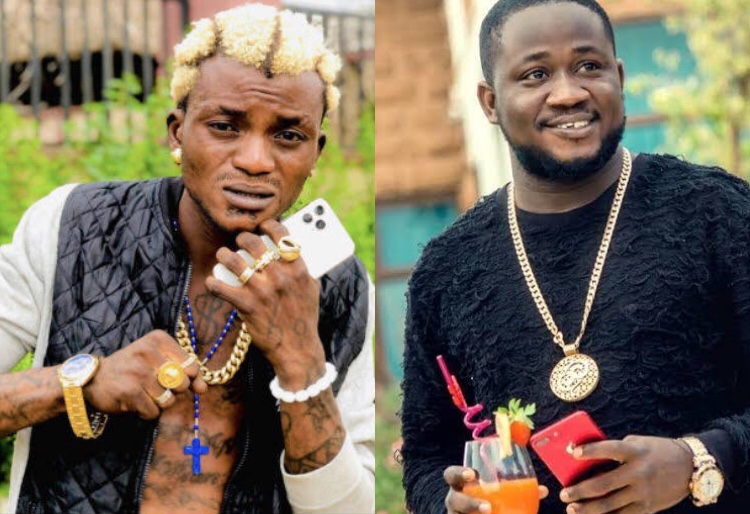 Finally, Portable Reveals Reasons Why He Dismisses Kogbagidi For Another Promoter

Nigerian raving artist, Portable has revealed the reasons behind the fallout of himself and his promoter, Kogbagidi.

Ever since the release of Portable’s hit song Zazoo Zehh, there have been a lot of controversies and disputes among himself, Poco Lee and Kogbagidi. Starting from Portable accusing Poco Lee of monetary and intellectual property theft to Portable accusing his promoter, Kogbagidi of cheating him.

In spite of the different disputes, several of the different parties had come to resolve their problems. Recall, Portable, a few weeks ago thanks Olamide, Poco Less and his promoter, Kogbagidi for their support in his music career.

However, it seems that some disputes were not settled completely, as Portable has come out open to confirm that he has dismissed his promoter, Kogbagidi who he accused of cheating him. In a podcast with Nigerian singer Jahbless, Portable confirmed the separation and even revealed his new promoter, Danku. Portable stated that he want to operate freely that why he dismissed Kogbagidi.

Listen to the podcast and share your thought below: