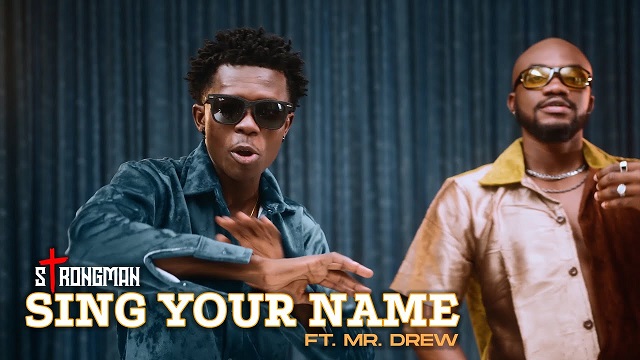 On the new track ‘Sing Your Name‘, Strongman collaborates with fellow Ghanaian singer, Mr Drew to deliver this tune.

However, it follows up the visuals to his previous song titled, “Rap God” released back in April.

The music video was shot and directed by KobbyShots.