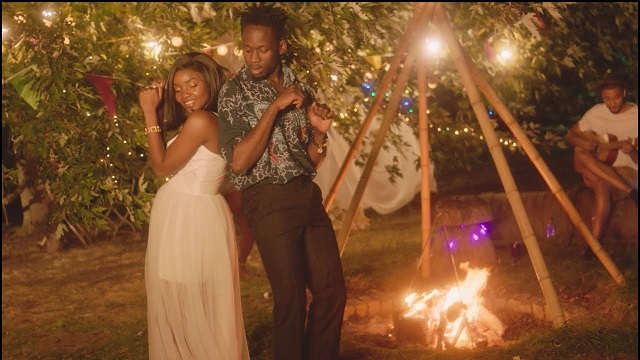 With millions of streams from his most recent project ‘Life is Eazi, Vol. 2 – Lagos To London.’

Mr Eazi confesses his adoration for his love interest’s “ileke idi” in the official video to his hit song “Surrender” featuring the soothing vocals of Simi.

The befitting visual was put together by A Mornix Motion Pictures.