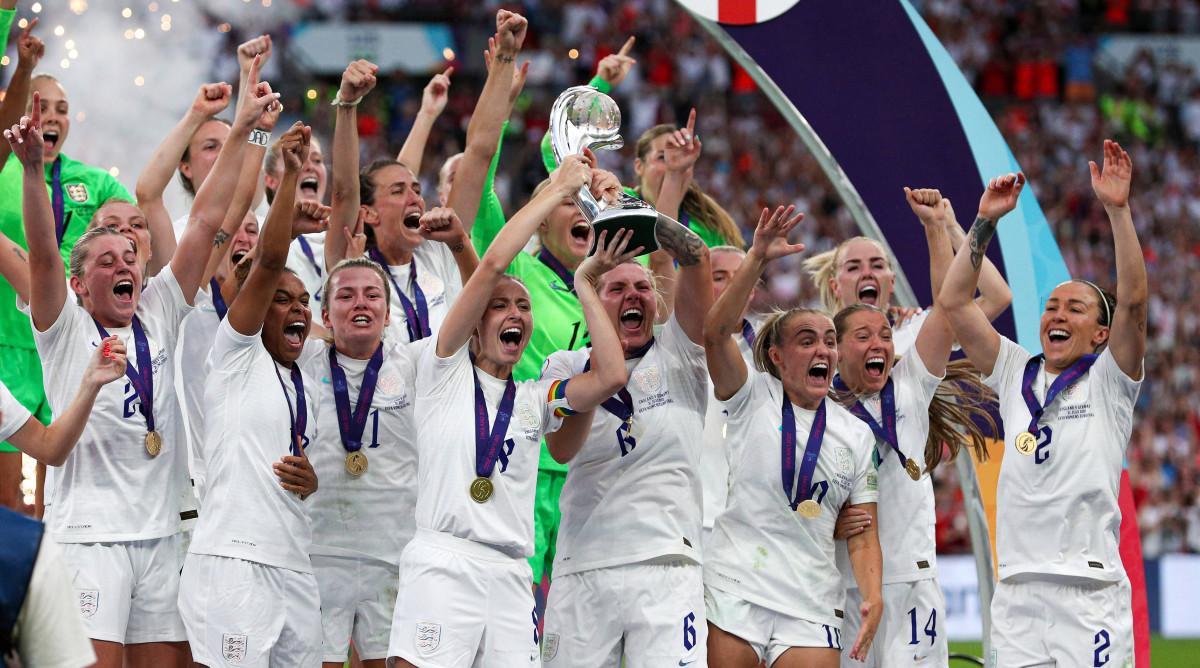 Despite becoming European champions, England’s national women’s football team’s income demonstrates that they are paid less than their male counterparts.

According to The Sun, the Lionesses’ prize money for winning Euro 2022 was only £55,000 for each player.

Players for both the men and women’s team are paid £2,000 for each England appearance, with England men donating this fee to charity.

BBC had also reported earlier that female footballers in England earn £47,000 a year on average while the average wage of a Premier League player is £60,000 a week.

There are however some higher earners amongst the Lionesses, such as captain Leah Williamson who earns a reported £200,000 a year.

Right-back Lucy Bronze was believed to be on a similar wage at Manchester City before her transfer to Barcelona this summer.

Williamson could earn more from her off-field partnerships, which includes deals with Nike, Pepsi, and most recently fashion designer Gucci.

Beth Mead is also thought to have built her £413,000 fortune mainly from sponsorship deals – as she only earns £25,000 a year at Arsenal.

Lioness boss Sarina Wiegman is the best paid of all on a reported £400k-a-year salary.  Wiegman was paid £200,000 as a bonus for winning the Euros and is set to be rewarded again in the form of a new contract.

It is also speculated that pay could increase as a result of the tournament’s success, which saw a record attendance for any Euros game at Wembley for the final.