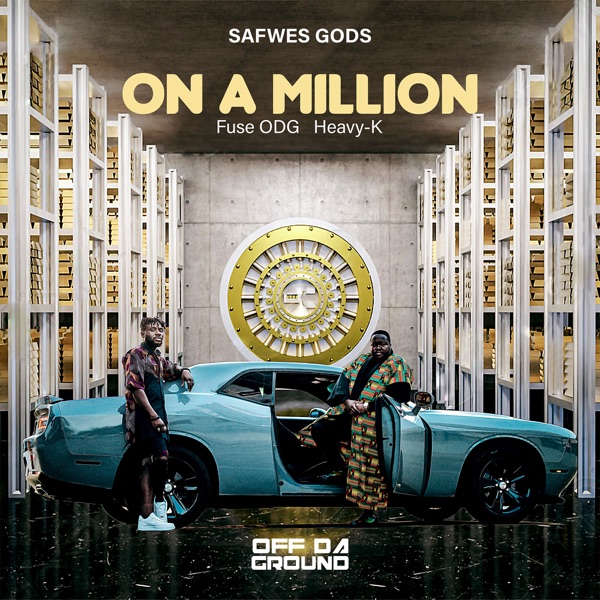 Off their collaborative project, Fuse ODG and Heavy-K drop a new single titled ‘On A Million‘.

Two of African Music’s biggest Superstars stars have come together to form a new Super Group entitled – SAFWES GODS. The group consists of none other than South African House Legend Heavy-K & Afrobeats Pioneer Fuse ODG from UK/Ghana. Representing both South and West Africa hence the name SAFWES, which has a double entendre as the name also means “Key” in the Twi language.

Fuse ODG – “Heavy & I have been blessed to open a lot of doors throughout our career for ourselves and a lot of other musicians, and that’s exactly what we intend to continue doing on this project by pushing the boundaries with our sounds”

On a Million is the first single from Fuse ODG and Heavy-K (SAFWES GODS) and it without a doubt delivers on the promise to push and explore the different sounds sonically. The record is a strong merger between Afrobeats, SA House and Amapiano.

The music speaks for itself and is honestly hard to keep still to. Heavy K – “after everything we’ve been through positive or negative we still here we have stood the test of time, meaning GOD carried us throughout”

Listen to ‘Fuse ODG On A Million‘ below;

Watch the official video below;