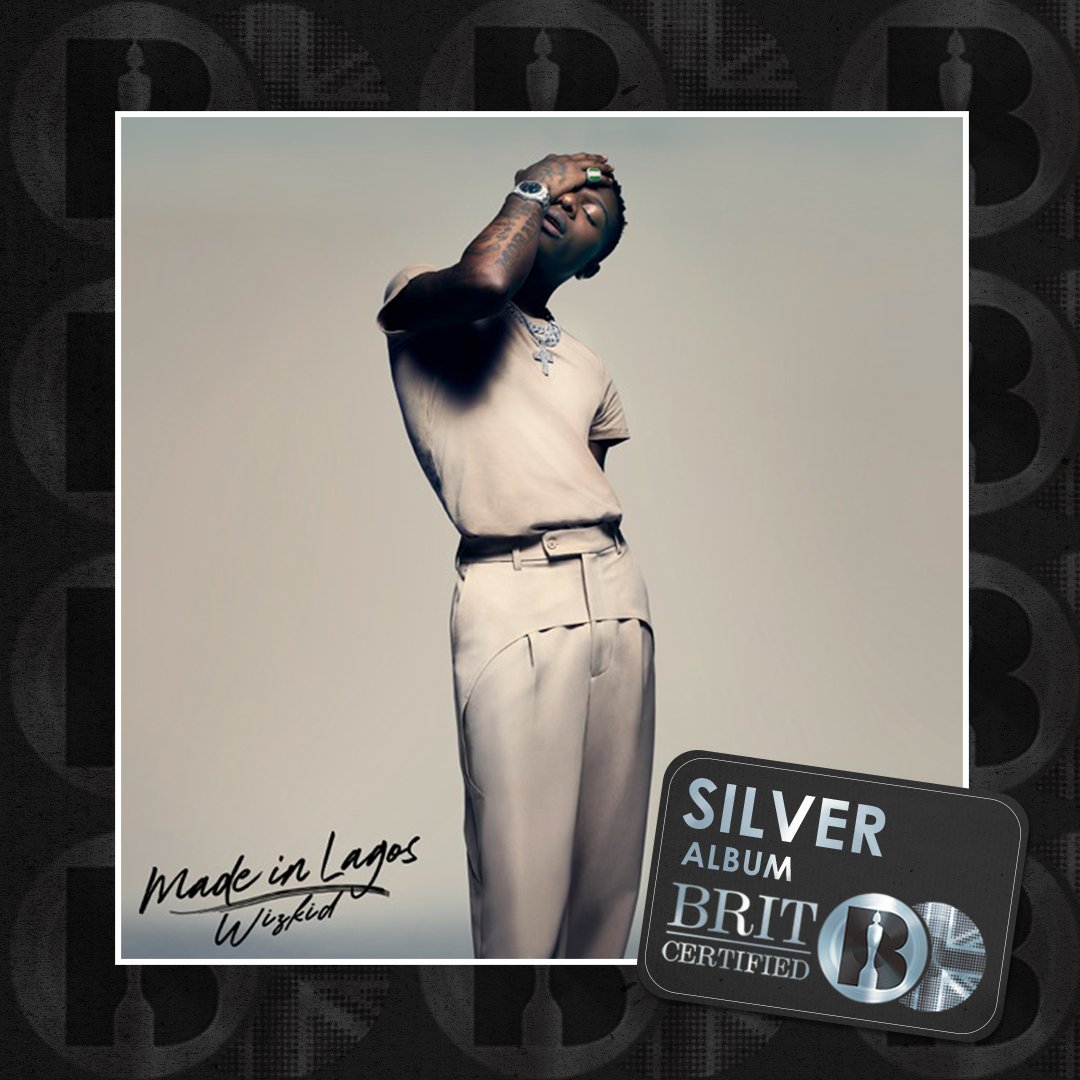 Nigerian music sensation, Wizkid has received a Silver Certification in the United Kingdom for his previous album, “Made In Lagos.”

Wizkid has started the year 2022 with a bang, receiving Silver Certification for his 2020 project. On the 14th of January 2022, this was announced on the official Twitter page of the BRIT Awards. ‘Made In Lagos‘, the album by @wizkidayo, is now #BRITcerified Silver.

Furthermore, Burna Boy, Skepta, Tems, Tay Iwar, Tems, Ella Mai, H.E.R, Damian Marley, and Projexx are among the artists featured on the album, which was released on October 30, 2020. As of the end of last year, the album had over 322 million streams on Apple Music, 229 million streams on Spotify, 227 million streams on YouTube, and over 140 million listens on Audiomack. The album recorded over 60,000 unit sales to claim the Silver Certification.

Finally, Wizkid’s famous single, “Essence,” from the album “Made In Lagos,” also received Gold Certification in the UK yesterday.