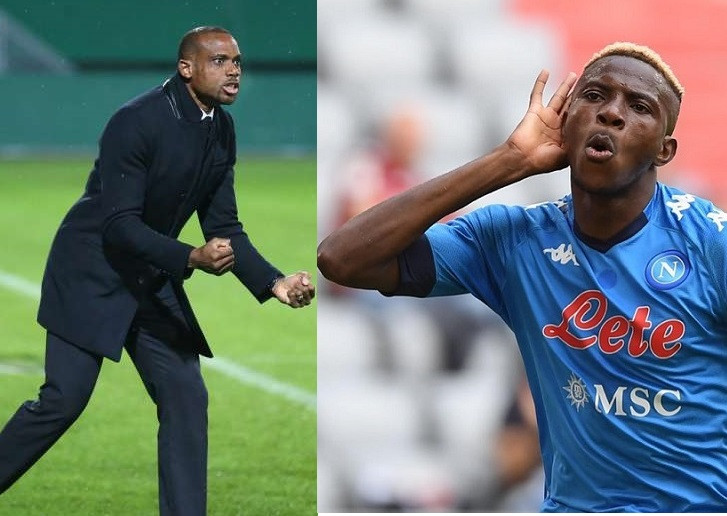 Victor Osimhen has reportedly been courted by prominent European teams, including Manchester United, but Sunday Oliseh, a former Super Eagles coach, has cautioned him against leaving Napoli this summer.

In an interview with PUNCH Sports Extra, Oliseh predicted that the former Lille striker would spearhead Napoli’s offense if he remained at the team and did not leave.