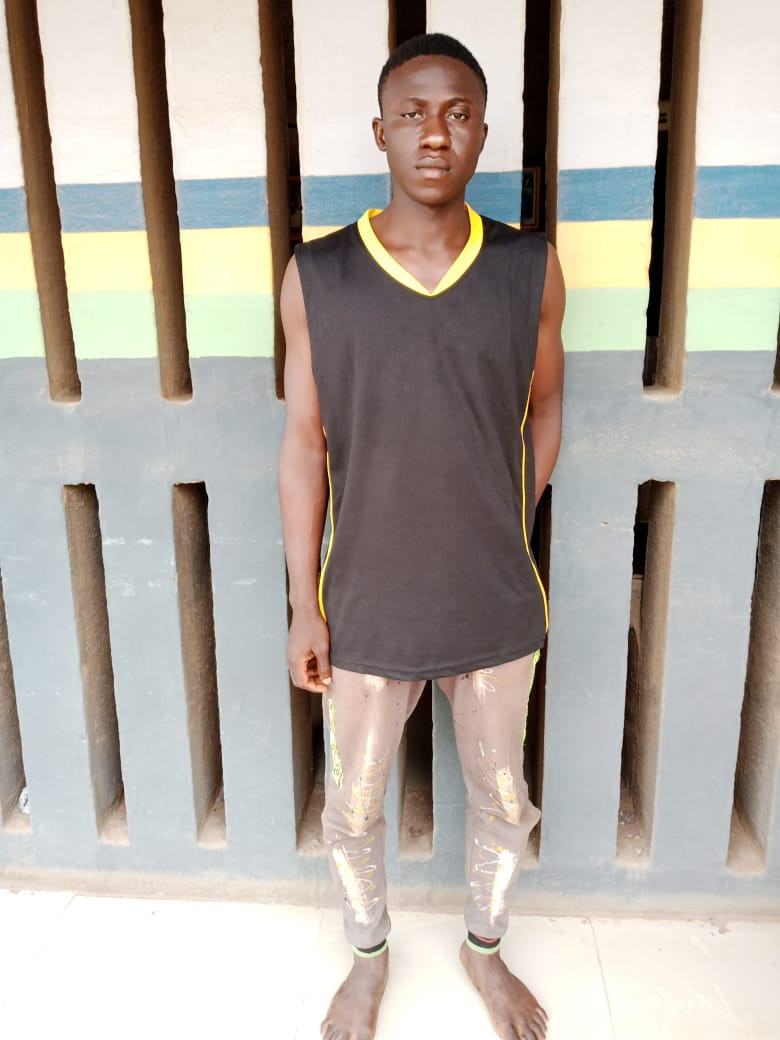 On July 11th, a member of the Kuje Correctional Center escapee group was apprehended by Ogun State Police Command personnel.

Yakubu AbdulMumuni, a 28-year-old escapee, was apprehended when police at the Sango Ota divisional headquarters received word that the prisoner had been seen somewhere in the Sango Ota area.

Upon the information, the DPO Sango Ota division, SP Saleh Dahiru quickly mobilised his men and moved to the area where the convict was apprehended.

Confirming his arrest, the spokesperson of the state police command, DSP Abimbola Oyeyemi, mentioned that the state commissioner of Police, CP Lanre Bankole has ordered the State Criminal Investigation Department to facilitate the transfer of the convict to Correctional Center with immediate effect.