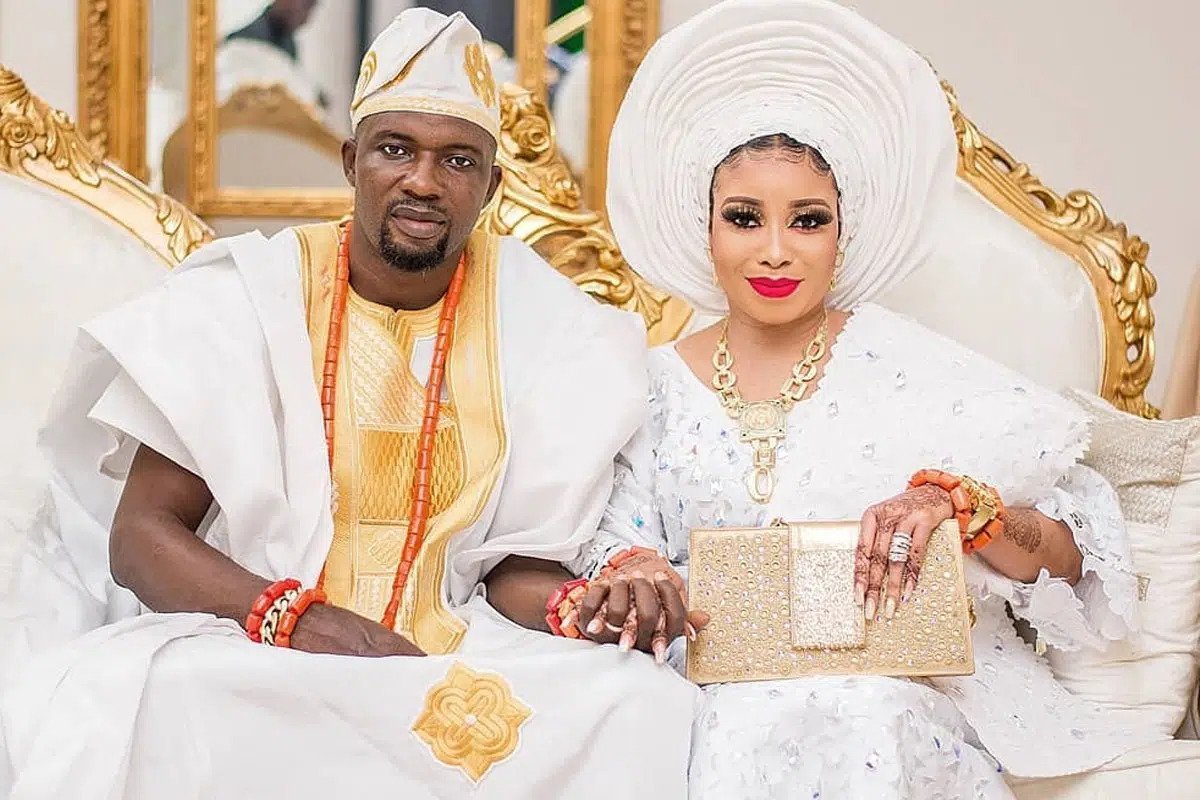 Elizabeth Aishat Anjorin, popularly called Lizzy Anjorin, the Nigerian actress and movie producer,  has bragged that her husband, Lateef Lawal, has never cheated on her since they married.

The actress disclosed this to address the report that her husband was unfaithful in their marriage.

Lizzy, who in a video shared on social media claimed she could swear with everything that Lawal has been more than faithful. She also denied having a crisis over her husband’s alleged infidelity.

Anjorin said like everyone, her husband may have attitudinal issues but would never ridicule her by sleeping around with other women.

She said, “Lateef is a decent man to the core. He might have his own attitude, no one is perfect. Lawal is strong-willed and stubborn. But that he would ridicule me by sleeping around with other ladies is not possible. I can swear with everything that since we married, he has not cheated on me or slept with another woman”.

This is not the first time the actress would defend her husband publicly.

Anjorin and Lawal tied the knot on July 2020 at a private wedding ceremony and welcomed their first child in the United States.