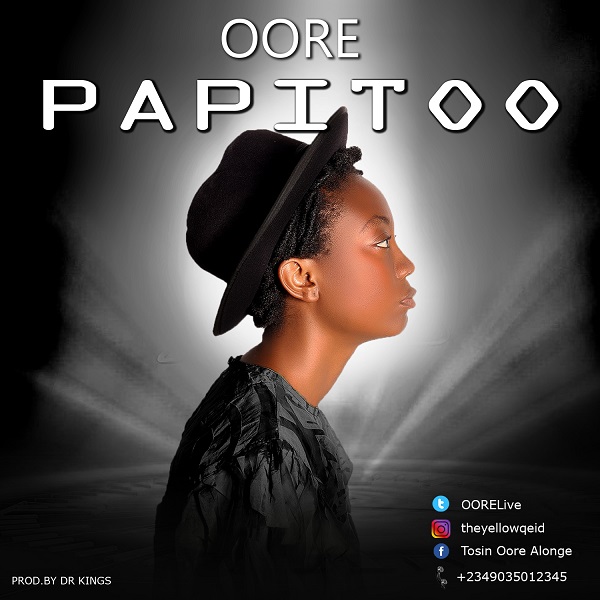 Tosin Oore Alonge better known simply as Oore, speaks French as she schooled in France. She is a Lawyer, Singer, Songwriter and also a guitarist. The talented artist started singing from the age of 10 and started playing the guitar at the age of 19. Currently she is working on her EP and forthcoming singles.

According to Oore, “the song was inspired by God. It is a song describing how God, what God does and His acts my the life.”

Oore describes God as PAPITO in the song. This is God having a ‘love name‘ as the artist puts it. She talks about what she is going to do in turn for God.

This indeed, is an inspiring song you will love from the first listen.