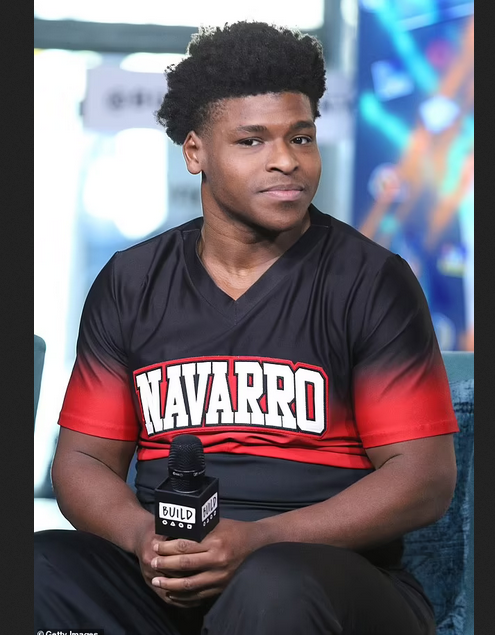 Days after being given a 12-year prison sentence for soliciting sex from kids, cheerleader Jerry Harris has come under fire from the mother of his victims.

In a statement, the mother of twin boys who were the star’s victims said that her family “had absolutely no cause for joy today.”

The victims’ mom, Kristen, stated that there need to be change in the cheer community to ‘prevent’ such crimes from occurring again.

Kristen began her statement by writing out that the Netflix star had a troubled past, but that didn’t justify his actions.

Hurt people hurt people’ is a cliché that is often trotted out to explain situations such as these,’ she began.

The mom then brought up her two sons as an example. ‘As Sam and Charlie have shown, we always have the choice to use our pain, not as a justification or an excuse, but as an impetus to support and safeguard others who are suffering similarly.’ 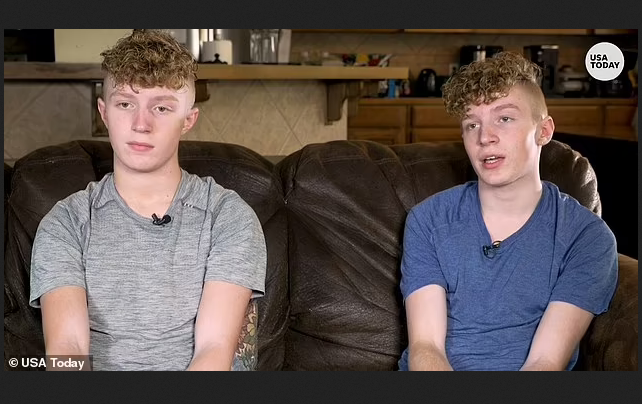 Kristen ended the statement by expressing that the organizations and individuals within the cheer community need to do all that it takes to instill ‘change’ to keep its athletes safe.

‘Now it is time for those same organizations to demonstrate an unequivocal commitment to the transparency, accountability, and substantive change necessary to prevent this from every happening again,’ she wrote. 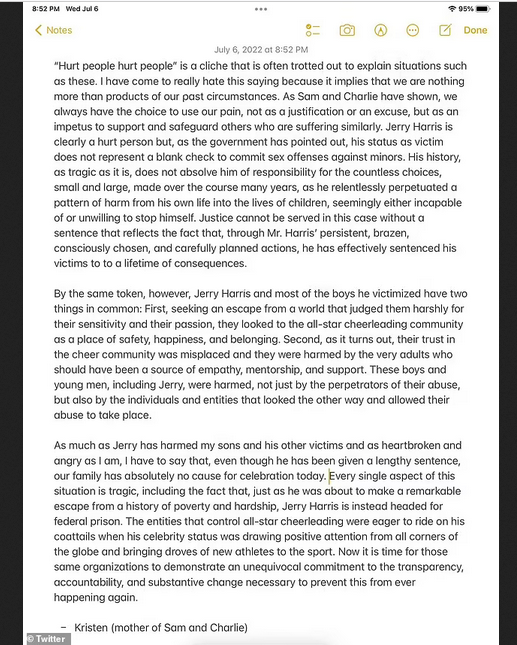 According to USA Today, along with his federal prison sentence, Jerry will have a supervised release for eight years when he has served his full time.

The publication also reported that Sarah Klein, an attorney for Kristen’s family that first reported any allegations, stated, ‘The sentence he received reflects the severity of his crimes and the lifetime of pain his victims will suffer.’

Crimes with minors and child pornography. It wasn’t until September 2020 that he was arrested.

The arrest and its affect on the cheer team is portrayed in the second season of Netflix’s Cheer.

While in court, Jerry apologized to all his victims in a statement of his own, according to TMZ.

‘I am ashamed as I know that I took advantage of your youth and weakness. I was wrong and selfish. I caused you harm and I do not blame anyone. I regret my decisions and I am deeply sorry,’ the star said.