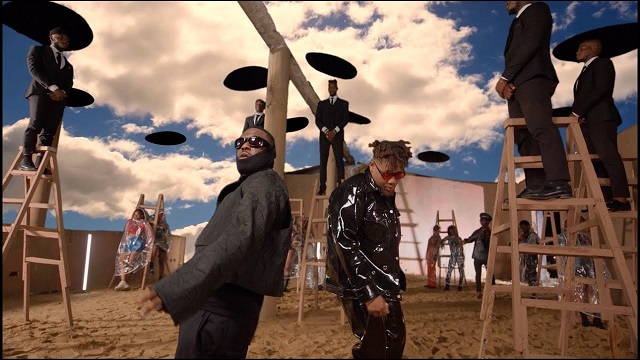 DM Records Boss, Timaya has returned with the music video of his latest single titled “Cold Outside.”

This time, Timaya links up with the raving star of the moment, Buju who dropped an impressive verse. ‘Cold Outside’ is a mixture of Afro Dancehall and Afropop genres, the two singers with their vocals gave the song its rhythm you can’t miss out.

In addition, the sensational single, ‘Cold Outside’ was offered production assistance from serial hit-maker, Yung Willis. The song comes after Phyno-assisted single, ‘Eff All Day‘ released a couple of months ago.

The video was shot and directed by TG Omori (Boy Director).

Watch ‘Timaya Cold Outside Video‘ below;