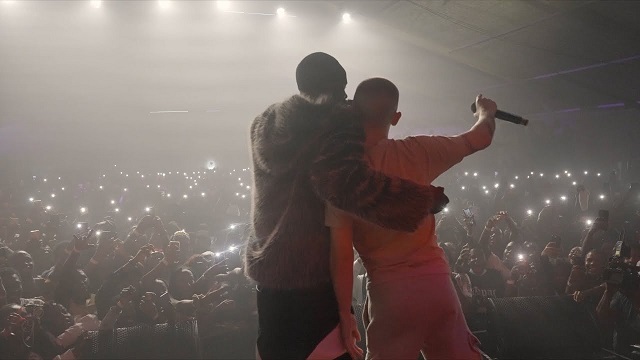 In the remix to “Come & Go“; ArrDee teams up with Ghanaian music export, Black Sherif with the killer vibes.

The visualizer covers some scene from his tour to Lagos state Nigeria, and meeting Black Sherfi at a concert were they both performed together.

In addition, the song was taken from ArrDee’s latest mixtape, “Pier Pressure” released in March.