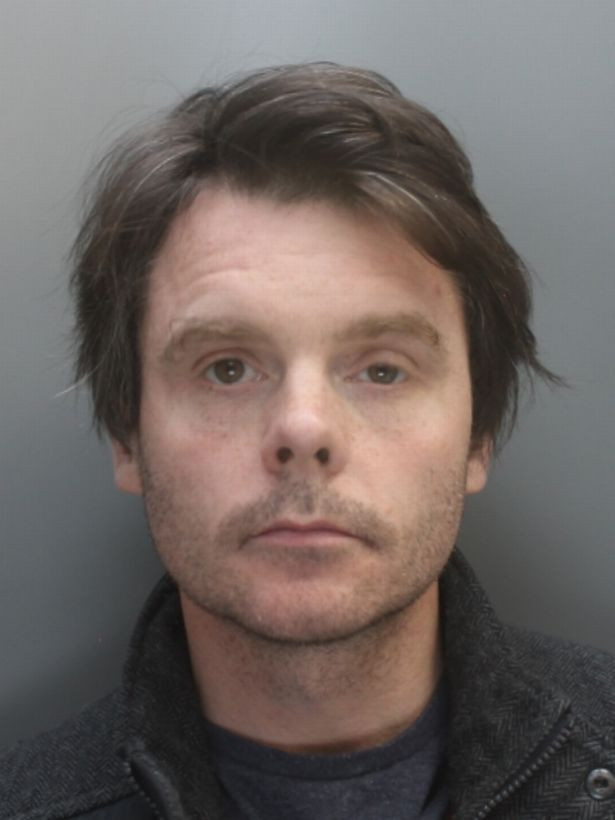 A paedophile who attempted to “rape a 12-year-old child in front of her mother” has sought to have his conviction overturned on the grounds that the jury was not sufficiently informed of his own mental condition.

Marc Stokes-Denson, 45, a former resident of The Close in Walton, was detained after engaging in two months’ worth of obscene discussions with a woman he believed to be named “Becky” and her 12-year-old daughter “Lizzie” on the website Chat Avenue.

Unknown to the paedophile, he was actually talking to an undercover police officer who posed as ‘Becky’, Liverpool Echo reports.

The prosecutor, David Polglase told Liverpool Crown Court that Stokes-Denson had used the name ‘KinkDomM_UK’ on Chat Avenue and ‘live:d***stokes’ on Skype.

He told her he was sexually interested in her 12-year-old daughter, ‘Lizzie’, and in vile chats spoke about the two of them sexually abusing the ‘child’ together.

“On one specific day, ‘Becky’ allowed ‘Lizzie’ onto the computer to ‘chat’ with the defendant, and he engaged in sexual communication with ‘Lizzie’.”

Stokes-Denson was arrested on Sunday, September 2019, and in a police interview claimed he had reported ‘Becky’ to an online admin, despite having no evidence he had done so.

Upon being arraigned in court, he told the jury he had no intention of ever actually going through with the abuse and was only role-playing in a bid to gather evidence against Becky and report her to the authorities.

He insisted he had reported Becky to an online admin, but the court heard that police were unable to find any evidence confirming or contradicting the claim.

Stokes-Denson was later convicted of arranging or facilitating sexual activity with a child and attempting to have a sexual communication with a child at Liverpool Crown Court.

He was jailed for a total of five-and-a-half years and made subject to an indefinite sexual harm prevention order.

Seeking to overturn both his conviction and sentence, Stokes-Denson told the Court of Appeal that his trial was unfair because the judge did not let the jury hear evidence from a forensic psychiatrist.

His lawyers argued that Judge Anil Murray’s decision to prevent the jury seeing a report by a forensic psychiatrist during the trial was unfair.

The report, by a Dr Ho, claimed that Stokes-Denson presented features of an “adjustment disorder”, a condition resulting from a “significant life-change or stressful event” – in the defendant’s case the breakdown of his marriage.

The appeal judges heard the disorder can involve depression and anxiety, inability to cope or plan ahead, and interference with the ability to go about the sufferer’s daily routine.

“It is therefore believable that the significant stress and depression experienced resulted in an adjustment disorder in [Stokes-Denson] contributing to him behaving in a manner where he was unlikely to consider fully the consequences of his actions. Whether this resulted in a lack of intent is a matter for the jury.”

Stokes-Denson’s lawyer, Stephen Tettey further claimed that the evidence could have influenced the jury’s decision on whether his client was trying to catch a predator or abuse the child himself.

However, the Court of Appeal judges said they agreed with the decision to exclude the report, as the jury’s decision rested on whether Stokes-Denson held the intent to sexually abuse the child, rather than whether he had properly considered the consequences of his actions.

The judges also threw out an appeal against the length of the sentence, which Mr Tettey argued was “manifestly excessive”. They noted that in his sentencing remarks Judge Murray described the paedophile as having a “deep-seated sexual attraction to children” and that he had shown “no remorse”.

‘It had been, the judge said, a prolonged and determined attempt to have penetrative sexual activity with a 12-year-old girl in the presence of her mother.

‘The judge referred to the report and gave a fair summary of its contents.

‘He said that having seen the applicant giving evidence, he concluded that the applicant was an intelligent, determined person with a “deep seated attraction to children” and he rejected the notion that the applicant’s actions had been as a consequence of an adjustment disorder.

‘He had acted quite deliberately and there had been planning and cunning. It had been for his own sexual purpose.’