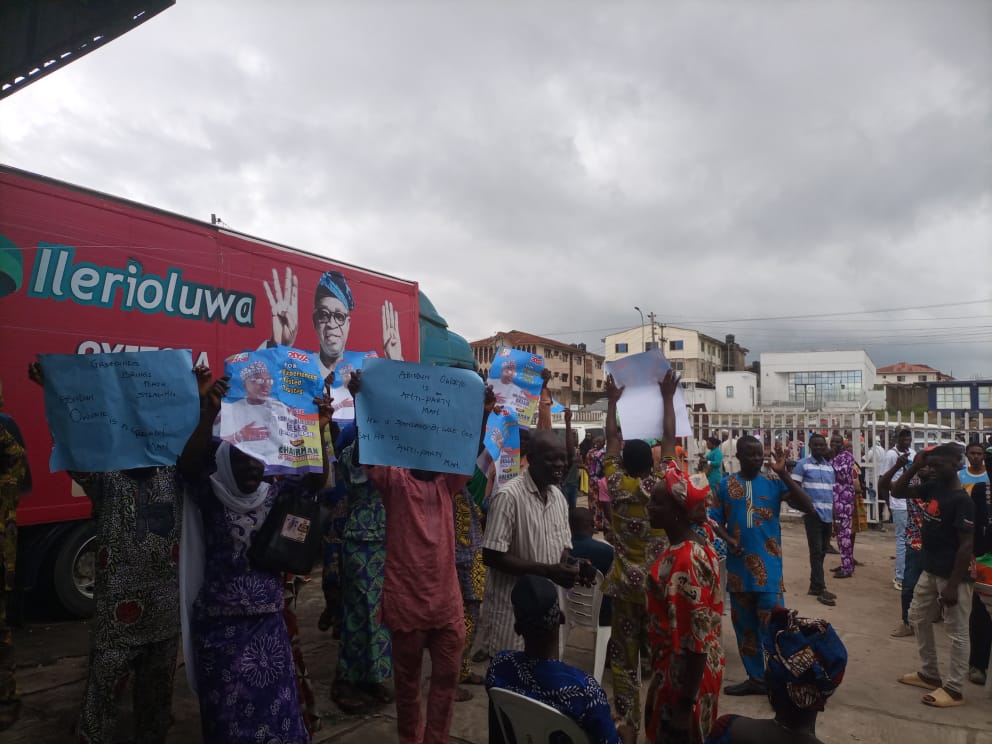 Some members of the All Progressives Congress (APC) in Obokun East Local Council Development Area of Osun State have staged protest over the outcome of the party’s primary election ahead of the local government polls.

The aggrieved members alleged that the winner of the APC chairmanship primary election in the council was a candidate that was planted by the Peoples Democratic Party (PDP).

Adeleke Oluwole, one of the protesters, said that the protest was to register their grievance over the APC local government chairmanship primary which was contested between Bamidele Saliu Bello and Abiodun Owoeye.

Oluwole maintained that Bamidele Bello, the current chairman of Obokun East LCDA won the primary due to his antecedent in office.

He stressed that majority of APC members are behind the incumbent chairman to contest the forthcoming local government election next month.

DAILY POST had earlier reported that the primaries organised by the APC in Osun State to pick its candidates for the October 15 local government election was marred by crisis.

It was also reported that the exercise which was held on Saturday, was conducted amidst disagreements and protests in some local government areas.

Also, the primaries did not hold in some local government areas where members did not agree on a consensus arrangement.