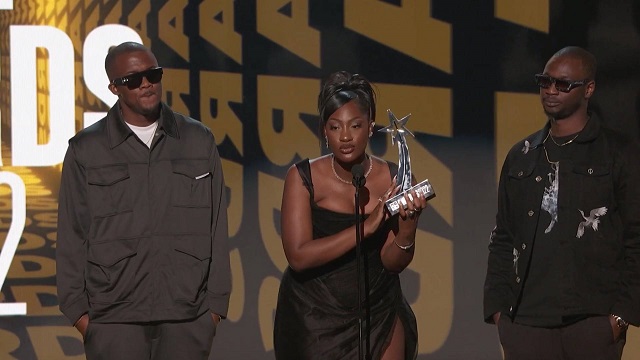 Nigerian vocal powerhouse, Tems, has emerged as the winner of the Best International Act at the 2022 BET Awards.

While receiving the award, Tems was accompanied by Tec (of Show Dem Camp) and his manager, Muyiwa Awoniyi.

Meanwhile, Tems was on the remix to Wizkid’s massive record, “Essence” with Justin Bieber, she featured on Drake’s album, “Certified Lover Boy” for the song “Fountains” and Tems featured on “WAIT FOR U” with Future and Drake from “I Never Liked You” album.

At the Night, we saw performances from Fireboy DML and Pheelz from Nigeria which made the night so colourful.