Dembele’s new contract, which runs through the summer of 2024, puts a stop to months of transfer rumors.

The 25-year-old saw his original deal with the Catalan giants expire at the end of last month but will now remain at the LaLiga giants.

The deal has now been confirmed on social media by the Catalan giants with an announcement video. 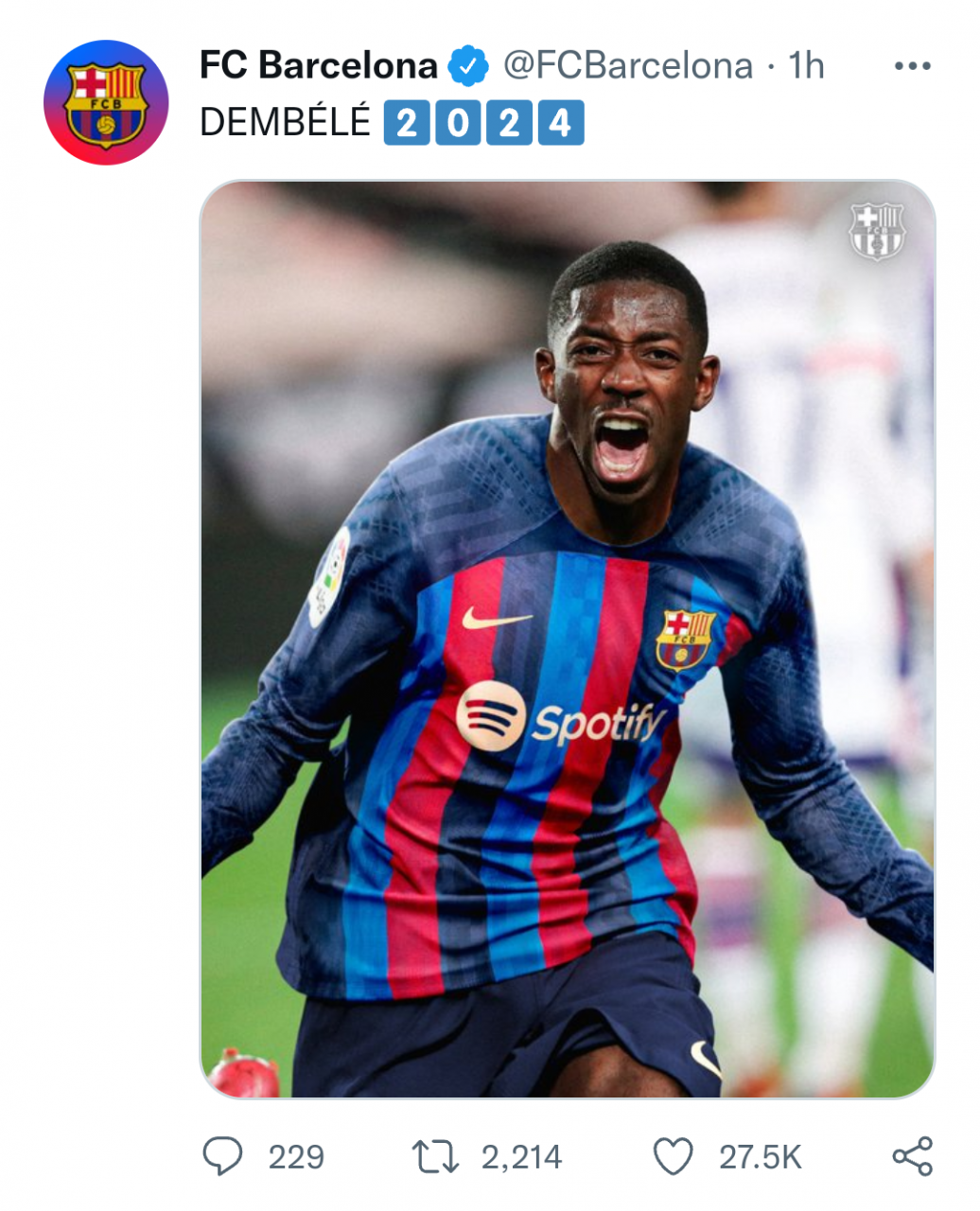 Dembele originally joined the LaLiga giants in a blockbuster transfer from Borussia Dortmund back in 2017.

The French winger has gone to make 150 appearances, despite suffering numerous injuries during his five-year spell at the Nou Camp.