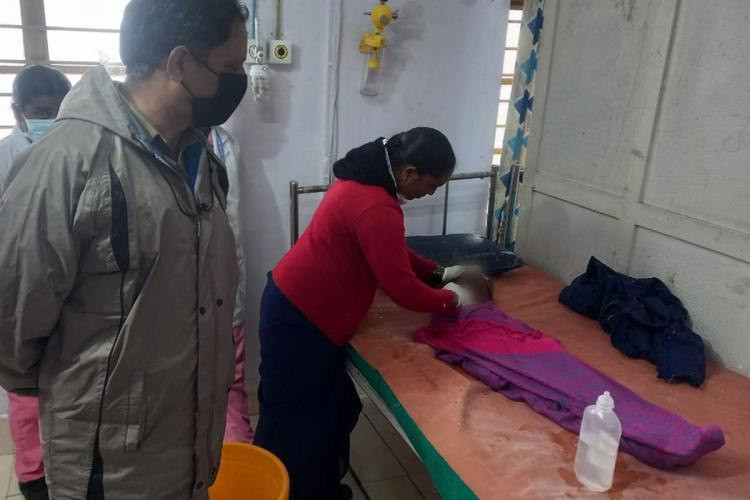 In the Nilgiris district of Tamil Nadu, India, a 4-year-old girl was killed by a leopard after the animal attacked her within a private tea farm near Arakadu.

Local media reports that Saritha, an Assamese immigrant worker’s daughter, was attacked on Wednesday, August 10, 2022, while she and two friends went to use the restroom close to their home. The other kids made it out safely.

Hearing her screams, Saritha’s mother rushed to her rescue and found the girl unconscious due to excessive bleeding.

Sources said the big cat attacked her in the neck and marks of one of the canine teeth was found on the neck.

She was rushed to the Ooty Government Medical College Hospital. However, she died after not responding to treatment.

“Our staff have lifted pug marks. Though locals say that they are noticing the big cat for the first time, a good number of leopards is found in the nearby forest. This is the first human leopard conflict in Arakadu. Our investigation reveals that the leopard could not be a man eater since only canine teeth mark was found on the girl’s body and flesh was in tact,” he said.

Officials have fixed ten cameras to monitor animal movement in Arakadu and advised people to avoid walking near the bushes.