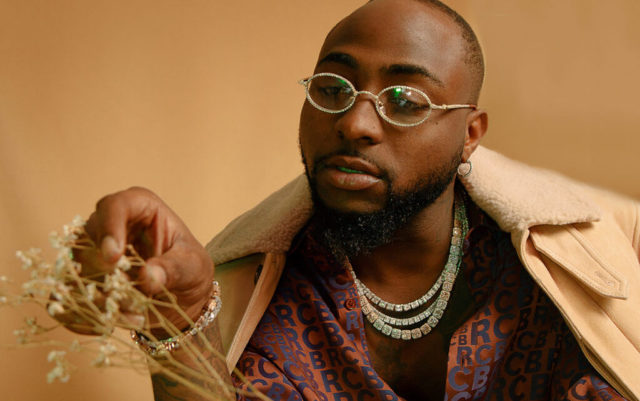 DMW and 30BG General, Davido has once again proven why he is the general as he purchases new diamond pendants for 30BG.

Davido has been on a spending spree as he recently gifted his lovely son, Ifeanyi an AP Royal Oak watch worth millions of Naira.

The singer took to his Instagram story on the 21st of June to share the video of the luxury diamond Pendants he bought for 30BG. However, this is not the first time the 30BG general is gifting his gang customized Pendants. recall he did the same in 2019 when he bought the customized pendants for Peruzzi, Zlatan, Mayorkun, Dremo, Lati, Spesh, and Asa.

In addition, Davido is working on his upcoming project which will be out later in the year. He is also expected to release a song with American singer, Da Baby soon. 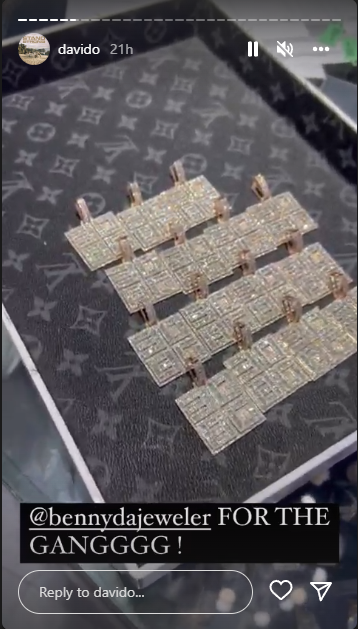