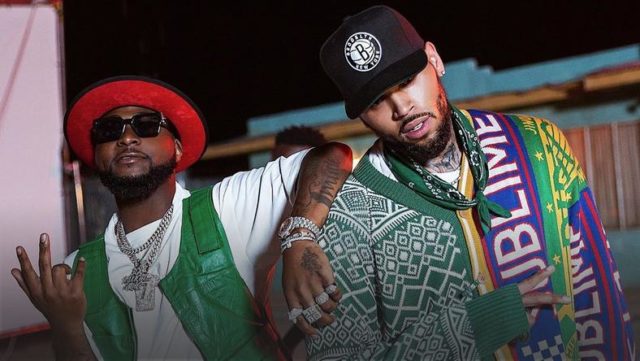 DMW General, Davido and American superstar, Chris Brown might be dropping another collaboration soon as a snippet of an upcoming song surfaces.

In a viral video, Davido and Chris Brown were seen vibing to an unreleased song. Based on the post, the song was said to be produced by serial hit-maker, Kiddominant.

Recalling their last joint single, “Blow My Mind” where Chris Brown featured on the Davido’s song,  fans will love to see these two music stars dropping another joint single.

Furthermore, Davido is preparing for his North American tour themed ‘We Rise By Lifting Others’ will kick off from the 16th of June 2022 to the 25th of June 2022.