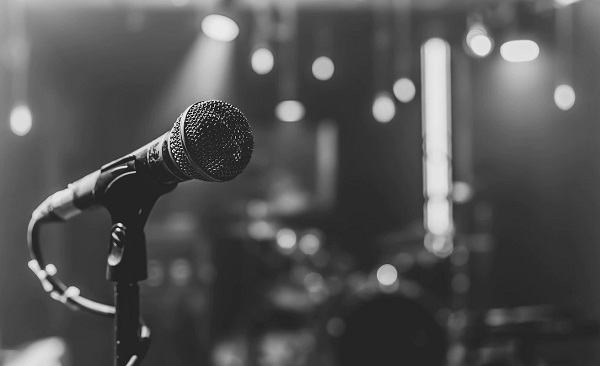 Female artists who opened the way for women in music

Historically, the music industry has always been dominated by men. Nevertheless, in the world of music, there were still strong women who were able to change the rules of the game. Many of them aspired to build a professional career in the music field but faced many obstacles that prevented their dreams from being realized. To show the world their creativity, women had to overcome many social, financial, psychological, and other difficulties. In this article, we will talk about those women musicians who with their perseverance and talent were able to achieve incredible success. These women have changed the world of music, and allowed women of other generations to freely engage in creativity.

One of the most influential and controversial figures is Madonna. However, many are sure that no one has done more for the position of women in the world of music than she has. The artist has ensured that female singers are taken more seriously. In addition, she also “extended the shelf life” – after all, before the singer’s time on stage was based on appearance and youth. Her outspokenness, energy, sexiness, and wild success have set the gold standard for an independent and successful queen of the pop scene. She found ways to get around any obstacles and always asked for a challenge from society. In 1978, Madonna arrived in New York, where she began to play in groups as a backing vocalist and dancer. The artist never stops in any one direction – she has always been involved in everything: music, acting, and even acrobatics. Soon the girl took up a solo career and became successful in the pop genre, creating her own unique image. She began writing her own content and was ahead of the curve when it came to technology and the use of visuals. The singer also created the Maverick Records label, which gave her more creative and financial independence. In addition, Madonna has had a hand in many other business ventures that have changed the financial game for 21st-century artists. To this day, she holds the Guinness record for being the best-selling female artist of all time.

Whitney Houston is the most awarded female singer. Houston’s self-titled first album became the best-selling debut by a woman in history. Whitney is the only female artist to have seven consecutive number-one singles on the Billboard chart. Despite the problems in her later life, she was an inspiration not only in the field of music but also in cinema. The 1995 film Waiting to Exhale is still considered a watershed in the mainstream representation of black women in film. She inspired many people, and her signature soulful vocals helped popularize the “vocal gymnastics” style of singing. She had an incredible voice: one of the most memorable sopranos, which made it possible to turn any song into a hit. Not many people know that the composition I Will Always Love You is not original, but a cover version of Dolly Parton’s single.

Amy Winehouse laid the foundation and opened the door for a whole new generation of female musicians. She left a bright mark in the art world. Her songs are remembered for her distinctive contralto voice and harsh, sometimes heartbreaking lyrics. British soul and jazz stood out against the shimmering American pop stars. Winehouse was an original, fearless, and honest artist. In a short period of her career, she gave the world a great legacy. Her many mistakes allowed her to write music in which people could find understanding and comfort in difficult times.

Joan Jett is also a big influence among female rock artists. She showed women that they, too, could pick up a guitar and rock as cool and daring as men. She was a fan of Suzi Quatro and was inspired by her flamboyant style not only in music, but also in clothing, makeup, and hair. As a teenager, she decided to form an all-girl rock band, The Runaways. But the members were constantly exposed to sexist language, bottles were thrown at them during performances, and critics discussed what they were wearing, not what they were creating. Their commanding, powerful sound and rebellious spirit are a reaction to this snub. The group lasted four years, and then Joan took up a solo career. Her first album was rejected by twenty-three companies, but she didn’t give up. Together with producer Kenny Laguna, they created the independent label Blackhearts Records and recorded her songs. She achieved resounding success and sold a bunch of records, thus taking revenge on all the haters. Jett is still a rock icon who inspires others. She is one of only two women on Rolling Stone magazine’s “100 Greatest Guitarists of All Time” list.

Music always gives us bright unique emotions. But if, in addition to emotions, you also want to earn money, then you can try to play in a casino. To do this, you can use 22Bet casino login. By the way, in many American casinos, the music of those performers mentioned above is often used as musical accompaniment.