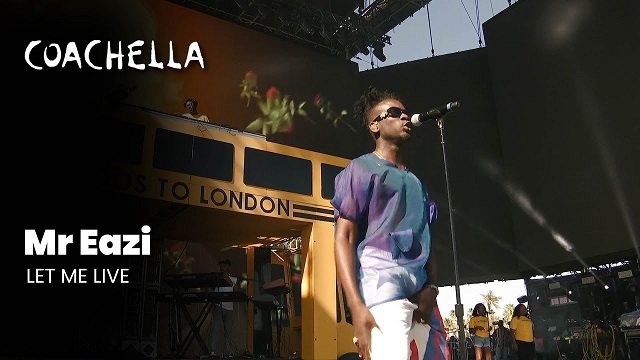 Nigerian superstar, Mr Eazi thrilled thousands of music fans as he performed “Let Me Live” at this years’ Coachella.

Mr Eazi had the stage customized with his recent project, “Lagos To London“; a very strategic way to showcase his body of work in the US.

“Let Me Live” is a song by Rudimental and Major Lazer, featuring Anne-Marie and Mr Eazi. Off Rudimental’s third studio album, ‘Toast to Our Differences‘, released on 25 January 2019.

Coachella is one of the biggest and best music festivals in the United State and in the World. People gather deep in the Coachella Valley on the polo grounds in the desert and dress to impress with Coachella fashion, which includes the notable flower crowns.