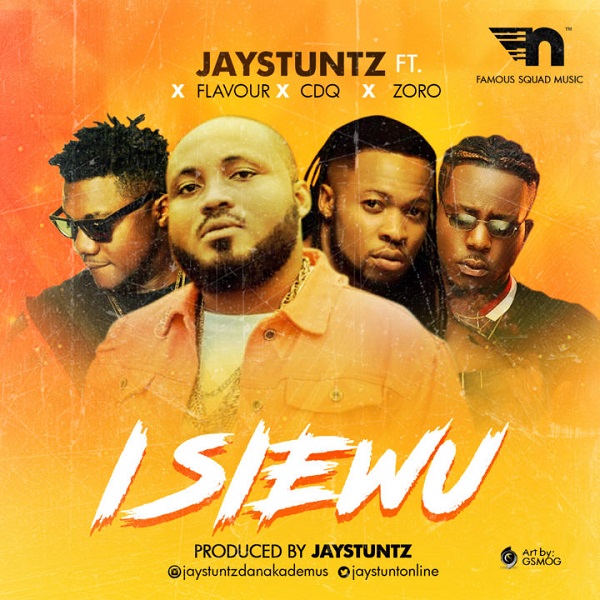 Jaystuntz teamed up with Flavour, CDQ and Zoro on ‘Isi Ewu’ which literally means Goat-head in English. It’s released under Famous Squard Music.

The song ‘Isi Ewu’ blended with Fiokee‘s guitar and perfect transition between the Igbo and Yoruba language. Its off his forthcoming project expected sometime this year.