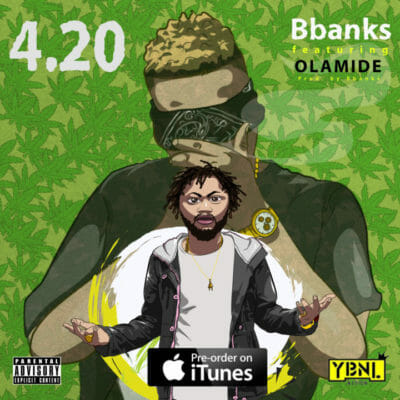 On the new song, ‘420’ BBanks teamed up YBNL general, Olamide to unlock this impressive hit.

In addition, the new entry was released to celebrate smoker all over the world.