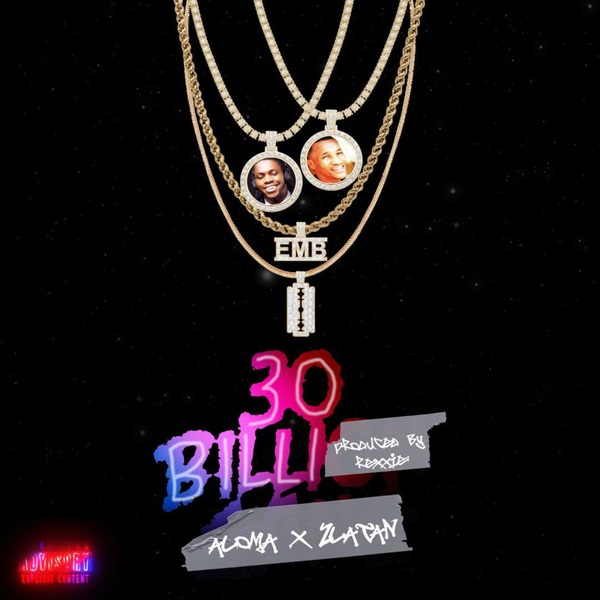 On the new song, ’30BG’, Aloma collaborates with rave of the moment, Zlatan who brought the Zanku fever to the banging tune which is sure to takeover the street. Gbedu don drop!!

In addition, Production credit from serial hit-maker, Rexxie while the song was mixed and mastered by Spyritmix. Update your playlist!!

Furthermore, on the artwork shown above, Aloma inscribes the face of late DJ Olu and Tagbo as a respect for the deceased.